Many of you have heard of the great World War 2 battles that swept Europe. Many have heard of the battles that ranged across the wide Pacific Ocean. Some may have even hear about battles in North Africa, or China, or Burma. But how many of you know that Japanese troops actually occupied American soil for almost a year, and required great effort by the Army, Navy, and Army Air Force to recover that territory?

It started in 1942, as part of the great air-sea battle known as the Battle Of Midway

Island. As part of the Japanese offensive, a decoy assault was launched towards the Aleutian Islands, a chain of islands to the west of the-then Territory Of Alaska, attempting to draw off US forces from the defence of Midway. American code-breakers correctly identified the thrust as a decoy, and the limited US forces available (not even 6 months after the Pearl Harbor attack) were focused on Midway’s defence, allowing a great victory of the US Navy over the Japanese carrier fleet.

But up in the windswept, frigid Aleutian Islands, the Japanese successfully invaded and captured the islands of Attu and Kiska. What followed was a year including a few inconclusive naval engagements, several months of bombing by units of the US Army Air Corps’ 11th Air Force, airfields being built, material shipped, even the building of an entire highway from Washington state to Alaska – the famous Al-Can highway, constructed through Canadian wilderness by both Canadian and US personnel, many of them African-Americans, in an impossibly quick time. (Parts of today’s highway actually utilise the original roadbed cut through the Canadian tundra and woodlands over 70 years ago.)

Rather than recite a number of dry facts and dates, I want to give an insight into this conflict. The Aleutian Islands are a rocky, cold, wet environment. What soil there is remains frozen most of the year, and remains eternally frozen more than a few inches deep. Rain and fog are common, as are “williwaws” – vicious winds, strong enough to make walking (or even standing) impossible and capable of flattening tents and wooden structures. And most importantly, there are no trees. For an army, this is disastrous, as wood is used for shelter, cooking, heating, and even building roads. (Many dirt roads in Europe were covered with logs to make them more weather-resistant, resulting in so-called “corduroy roads”.) Everything had to be imported, and with the few airstrips being used by warplanes – including an airstrip on Adak built by literally pushing a mountain-side into a marsh to create suitable flat land – most everything had to come by ship until the Al-Can highway opened up. The men serving in this environment often said they missed trees more than their girlfriends, a bit of exaggeration that nevertheless showed the hardship of the barren environs. During the precious-few summer months, the surface snow would melt, the first couple inches of ground would turn to mud, and everything would flood horribly. There are many newsreels of airplanes taking off or landing spewing “rooster tails” high above rear of the planes. Hillsides were too steep for tanks, and in some cases, for any motor vehicles whatsoever, requiring men to “hump” in all their needs. Even the aircrews had to fly many hours to get to their targets, then fly many hours back to base, all of it over water that would kill them in seconds from hypothermia, if they were unlucky enough to ditch.

On this day, 70 years ago, the US forces had finally collected enough strength to begin the invasion, and recapture, of Attu. American forces landed on the island, initially with no resistance. What followed was a slogging campaign, facing increasing Japanese resistance,  by US troops who had initially trained to fight in the flat deserts of North Africa, instead thrust into a mountainous Arctic environment. It took 20 days to re-conquer the 344.7 square miles of island, with American losses of a total of 3,929 U.S. casualties; 580 men were killed, 1,148 were wounded, and another 1,200 suffered severe cold-weather-related injuries. In addition, 614 died of disease, and 318 from miscellaneous causes, mainly Japanese booby traps or friendly fire. The last major battle was on 29 May, when the remaining Japanese forces attacked without warning, near an area called (appropriately enough) Massacre Bay, in one of the largest banzai charges of the Pacific campaign. The Japanese attack penetrated U.S. lines so deeply that it encountered rear-area units of the American forces, including a hospital where wounded soldiers fought from their cots with IV tubes in their arms. After a furious and brutal battle, the Japanese forces were virtually exterminated. The Americans only captured 28 Japanese prisoners throughout the entire campaign, none of them officers.

Some might ask if this campaign for small, rocky, frozen islands was worth it. Some of the most important benefits of these great sacrifices were:
1) Establishment of air bases to attack the northern Kurile Islands of Japan, forcing the enemy to move both ground and air forces to the area to defend it.
2) Establishment of air bases to intercept “balloon bombs”, hydrogen-filled balloons carrying both explosive and fire-starting bombs on the jet stream in an attempt to burn the great expanses of forest in the Northwest.
3) During the fighting, a Japanese A6M “Zero” fighter crash-landed nearly intact on 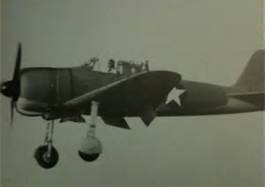 Akutan Island. The plane was recovered by American forces, rebuilt, and flown by American test pilots to obtain previously unknown information about the Japanese fighter for the next generation of American fighters being built. Two resulting American fighters, the Grumman F6F Hellcat and Voight F4U Corsair, were the first American fighters to not only equal (and surpass) the Zero’s performance, but to also out-range the Zero and better survive any successful attacks.
4) The bases established in the Aleutian Islands served as transfer stations for providing ships and aircraft to the Soviet Union as aid in their battle against the Nazis, and later against the Japanese in the Kurile Islands, the northernmost of the Japanese home islands at the time.
5) The battles saw the close co-operation of US and Canadian forces for the first time in World War 2, and the first deployment of Canadian draftees outside Canada. (A law stated that draftees could not be deployed outside “North America”, which the Canadian government stretched to include the Aleutian Islands.)
6) A number of the WW2 bases continue to serve as Navy, Air Force, and Coast Guard facilities, including radar stations that became part of the “DEW” (Distant Early Warning) Line that watches for nuclear missiles coming over the North Pole.
7) The commanding officer, Willliam O Eareckson, introduced the concept of “skip bombing”, dropping bombs from low altitude at high speeds to make them skip across the water like rocks, and used to destroy shipping far more accurately than dive bombing or level bombing (such as used by the B-17s over Europe).

Battle”. For the brave men in the 7th Infantry Division, the 11th Air Force, and all the other units, this was a necessary battle for tactical reasons, and for reasons of home front morale. Not since then has any American territory fallen into enemy hands, and the lessons learned in the Aleutians made the later battles against the Japanese less bloody for our forces. For all the reasons listed above, and for the courage and valour shown in a truly hostile environment, the Battle For The Aleutians deserves to be held in the same regard as the battles for Normandy or Iwo Jima, where the Marines famously raised the flag. It is up to us, and our children, to make sure that the Battle For The Aleutians is never forgotten.

(Apologies if this isn’t my best work. I had planned on Friday afternoon to clean up the rough draft, but kept getting interrupted by a wet basement, driveway repairs, and our usual stormy-day visit from a neighbor’s dog. If anything’s unclear, just ask in the comments and I’ll do my best to explain further. Thanks you for your patience!)

24 Responses to Remembering “The Forgotten Battle”

The Queen Creative
Rule of Stupid

A tale of a trail

If you can't bring mountains to some idiots, the idiots must go to the mountains

Life With The Top Down

Crazy is relative. Just ask my relatives. And music!

The Rants & Rambles of A Grumpy Old Dude

...because life is funny.

A frustrated writer, who is her own worst enemy

Notes on this, that & [everything in between]

I'm just here to better myself as a person.

Fight Against Stupidity And Bureaucracy

More than just another wiseass

Witty Little Secret ~ A Deployment Diary of Another Sort

...because laughter is the best laxative

UNSUBSCRIBE FROM SOCIETY'S VERSION OF SANITY

Analyzing the Global Impact of Cybersecurity, Law, and Business Risk

Where the Nurses are Pretty and the Doctors are Pissed

The Hack Novelist
The Good Greatsby

Paul Johnson's comedy blog: I didn't get into comedy to be rich or famous. All I've ever wanted was to be loved...by somebody rich and famous.

mom working as a technology executive

Truth According To Tom

Satire for the masses

From the author of 'Portsmouth's World War Two Heroes'

Still Skeptical After All These Years

Among the Crystals, Dragons, and Fae

Random thoughts on life, my world, and other stuff

Weaving a tapestry of stories, word by word

WriteChic Press
The Tyranny of Tradition

Lamentations and Jeremiads 25 Years After The End Of History

And A Mom's Interpretation

a world of words

Welcome to my world

Thoughts from the Inner Mind

The Life of Jamie

Blogging about the odd/crazy things that happen in my daily life!

"This blog is terrible. Its has so many words. Big words, which nobody understands. And no cartoons." (Donald Trump)

Musings of a Progressive Realist in Wonderland

Once upon a Time, in rural North Texas, there lived an Idiot.